Yachtsmen of Primorye fought for the cup of the yacht club "Seven Feet" for the 18th time. Neither calm nor gusts of the wind prevented the crew from proving themselves worthy. Representatives of the company Areal-Property awarded prizes to the participants who took the first places and also helped the charity fund for the development of children's sailing "Sails of Childhood" with the purchase of equipment for young yachtsmen.

The program "Development of the sailing section for children and youth" of the yacht club "Seven Feet" was launched in 2000 and has been actively developing since then. Since 2001, the section has brought up about 300 athletes aged 9 to 18 years. Many of them continue improving their skills in adult sports, participate in world-class regattas on keel yachts and dinghies and form the basis of the crews of the cruising fleet of the yacht club. About a hundred children are now studying in the section under the guidance of experienced mentors. Every year there are 10-12 youth regattas, a training cruise and a sailing regatta "Shipboys' Cup" on cruising yachts among young men in Primorskiy Krai. The majority of young athletes are among pupils of the Regional complex sports school, School of the Olympic reserve, School of the highest sports skill.

The participants of the program "Development of the sailing section for children and youth" of the yacht club "Seven Feet" win in most city and regional competitions. Despite the remoteness of our region from the world's sailing centres, funds are being sought for regular trips of the sailing team of Primorsky Krai to nationwide and international competitions. Primorye yachtsmen are consistently a part of the lineup of the youth national team of Russia in the classes "Cadet", "420" and "Laser". Over the past five years, the children's sailing section of the yacht club "Seven Feet" has twice become the best children's sailing school in Russia according to the Russian Yachting Federation. 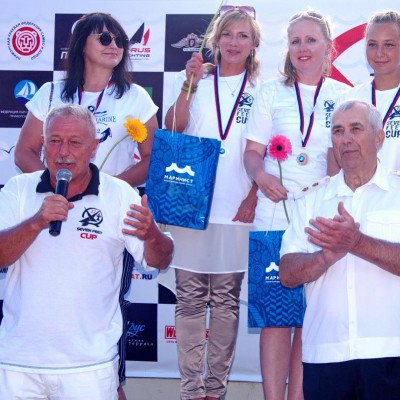